Oakland, Calif. - Feb 14, 2017 - Conductor Technologies, makers of the cloud rendering platform behind 2016’s blockbusters “Deadpool” and “Star Trek Beyond,” today announced it has closed a Series A funding round led by Walden Venture Capital with participation from Autodesk. The company will use the capital to fuel hiring in product development, engineering, sales and marketing, and kickstart its go-to-market plan.

The most time-intensive step in creating digital visual content is rendering, in which a lightweight “recipe”, comprised of wireframes and spreadsheets, is “baked” into realistic imagery to appear on the big screen. This process, which is used to create effects for every blockbuster today, can take hundreds or thousands of computing hours to generate a single second of a modern film. Traditionally, visual effects and animation companies have built large, expensive, power-hungry data centers to offload these tasks from artists’ computers. Today, the industry is quickly moving to rendering in the cloud in order to minimize costs and keep pace with rapidly growing demands in movies, episodic television, game content and emerging mediums like virtual reality. Conductor is leading the way with its ground-breaking Rendering as a Service (RaaS) platform.

Conductor Technologies is a spin-out of award-winning visual effects company, Atomic Fiction, where the rendering platform produced scenes for “Deadpool,” "Cosmos", "Game of Thrones", “Allied,” “Star Trek Beyond,” “The Walk,” “Pirates of the Caribbean: Dead Men Tell No Tales,” and more.

Conductor manages the entire process of rendering in the cloud, from when an artist hits the “render” button in their software to when the resulting final image is downloaded back to them. Customers pay an all-inclusive price for computing power, software licenses, networking and file transfers. The result is an easy-to-adopt cloud platform that speeds up production without sacrificing power. Studios can scale their render capacity dynamically and save hundreds of thousands of dollars over the course of a production by moving to the cloud.

Conductor’s capabilities are built to accommodate complex, custom, multi-site workflows of small to large sized studios. Its industry-leading security architecture, crafted under advisement from Independent Security Evaluators (ISE), keeps even the most sensitive data safe. A growing list of software collaborators, including industry leading names like The Foundry, Chaos Group and Autodesk, are working with Conductor to shape the future of cloud rendering.

Kevin Baillie, Conductor Technologies Founder, commented: “When starting Atomic Fiction six years ago, we really didn't want to build a traditional data center. We saw the potential impact that cloud computing could have on the industry and dove right into rendering A-list movies using the cloud. After struggling with the shortcomings of existing solutions, we crafted software to manage the process and saw speed and cost benefits immediately. Now, we’re introducing Conductor to the industry in limited release with a number of studios.” Baillie added, “This funding round is a big boost to Conductor's mission of helping studios everywhere experience what I’ve already witnessed first-hand: the ability to work faster, be more creative and lower production costs. It’s an honor to have the support of Walden, Autodesk, and others in accomplishing that goal!” 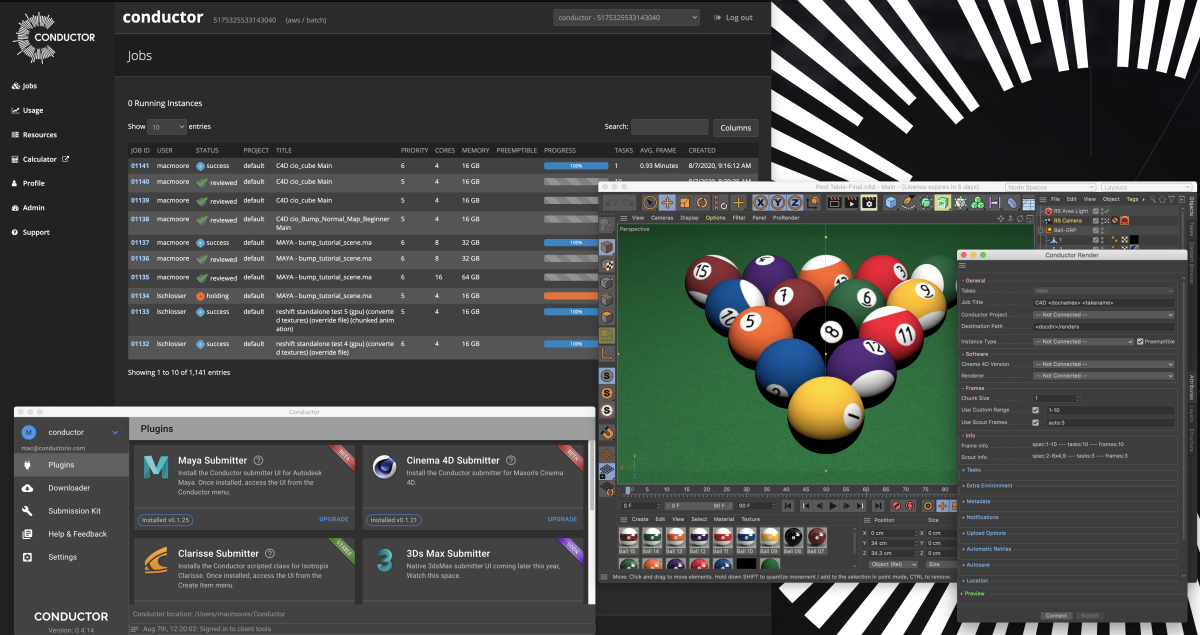