While studios were assessing cost, running PoCs, and determining how to best utilize the new capabilities of cloud computing in 2017, we saw a nearly 800 percent jump in adoption this year. Studios began to realize the value and synergy of a demand-based compute environment, removing the need for the long term usage forecasts required for in-house compute purchases. CapEx expenditures gave way to incremental OpEx outlays as projects were awarded.

This migration, however, has been one ripe with IT-based analysis thus far, with VFX studios simply looking at the compute power required, and determining the best course of action to getting the job done quickly and cost effectively. In many cases, cloud has proven the winner, averaging 20 to 30 percent savings once all the variables are taken into consideration: hardware, real estate, power, cooling, networking, support, etc. This is all well and good, but it’s the tip of the iceberg in terms of what business value cloud can offer long term.

The next stage in cloud computing is to help studios not only offload compute requirements, but also leverage smart technology like data analytics and machine learning (ML) to assist in making better business decisions in the cloud. As companies render on Conductor for instance, we’re gathering rich analytics on runtimes, preemption rates per time of day/week, file dependency size, scene complexity, and software stack, among other things, and with nearly 200 million core-hours of data, we’re quickly creating a tremendous reference set of knowledge that will allow us to help guide workload decisions on the studios’ behalf.

Hotspots, for instance, are typical for every studio — everyone starts working on Monday morning, maybe throws out test frames on Tuesday through Thursday, re-works a bit, then all hell breaks loose on Friday, creating a hotspot. At these times, studios may experience lack of availability with cost-effective preemptible or spot instances, or even worse, resource exhaustion altogether. To capitalize on preemptible resources, studios need to determine how to work asynchronously from this behavior and time their renders accordingly. However, we’re moving toward navigating these hotspots for studios, allowing them to take advantage of the cheaper preemptible resources available in global regions that had lighter workloads. It’s almost equally important to look at the type of job being submitted, whether it’s full animation that’s projected to take 500 minutes per frame or a quick comp that will take two minutes, so there are a number of factors that play into what each individual studio would need in terms of compute power. Leveraging analytics and ML will take the guesswork out of this process, further increasing the inherent value of cloud.

In addition to identifying hotspots, we’ve also started determining other patterns to more accurately predict costs based on render complexity and turnaround time. Much like ride share apps provide different transportation options at varying estimated prices and trip times, the valuable insight we’ve uncovered from analytics allows studios to run test frames and receive accurate cost estimates upfront so that they can select the appropriate cloud instances for their specific situations, preemptible or otherwise. This approach turns resource selection into a business decision rather than an IT one because it’s no longer a matter of if a job can be completed with existing local resources but for what cost and in what time frame a job needs to be completed.

As more metadata becomes available and more scenarios are run, it’s becoming easier to not only more accurately predict rendering costs but also optimize the way cloud-based resources are used in general, especially when these predictive analytics are wrapped in a simple UI. When studios are able to use the cloud moving forward, pricing will be more deterministic and transparent, and they can make smarter decisions, create more informed bids, iterate more freely and, ideally, increase profits.

Cloud is here, it’s cheap, and it’s getting smarter. 2019 will see the onset of intelligent cloud computing, and studios that are not taking advantage of it will be left behind. 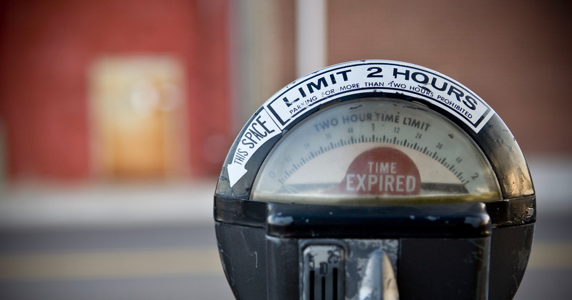